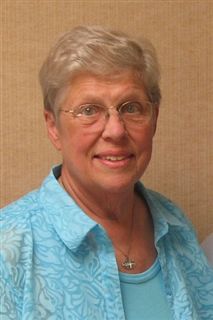 In her career dedicated to Catholic education, S. Virginia began her tenure at DSHA in 1991 as the Academic Administrator. When DSHA’s administrative structure changed to the president/principal model in 1997, she became the principal. As principal, S. Virginia was recognized and admired for her gifts as a collaborator who was skilled at bringing out the best in her colleagues She retired from DSHA in 2009.
Preceding DSHA, S. Virginia taught elementary school and served as the principal at St. Pius X School in Wauwatosa for fifteen years.

She has served the Sisters of Divine Savior in a variety of roles, including Director of Personnel & Sponsorship Coordinator and Provincial Leader. After her retirement from DSHA, she served as Coordinator of Salvatorian Sisters Residence. She also traveled to Tanzania to teach English to Salvatorian sisters – a program she developed to incorporate the culture and traditions of Africa. In 2015, S. Virginia was asked to serve as one of the three Coordinators of Sponsorship for the institutions sponsored by the Sister of the Divine Savior. In this capacity, she sits on the Board of St. Anne’s Salvatorian Campus in Milwaukee, Divine Savior Health Care in Portage, and the Sponsorship Corporation board.

S. Virginia graduated from Divine Savior in 1955. She earned her bachelor’s degree in education from Alverno College, and a master’s degree in school administration from UW-Milwaukee.

S. Virginia entered the Sisters of the Divine Savior in 1955. “To improve the quality of life,” has been the core value to inspire S. Virginia throughout her adult life.